I am not an apple fan boy. If I were I’ll probably do one of these ( you should read it, you’ll be amazed). Apple products are phenomenal. I had my first official bite of the apple 2years ago, since then I have been hooked. I can’t imagine using any other phone but the iPhone.

When I first got my iPhone I had some problems; I found it quite difficult understanding the relationship between iTunes and the iPhone, the fact that I couldn’t use my Bluetooth to transfer media files to non- IPhones (like I did with my previous phones) got me frustrated. There was a time I had headaches when swiping through apps on the screen or when the apps start wobbling perhaps after accidentally holding down an app for too long (if you have ever had an apple touch screen device you’ll understand what I mean ;)).

With all the challenges I had, I was more inclined to continue to learn more about my phone. It was a new experience for me. Whenever I had difficulties (transferring a file, creating a ringtone) I endeavoured to figure out a solution. The apple support community also answered my many questions. I have to admit, my phone made me more interested in computers and technology.

Are IPhones the best phones in the world? Hmmmmm I’ll most likely say yes. Considering the number of apps I’m exposed to on app store alone, the variety of music, videos the list is endless. Once you have a bite of the apple you’ll want to eat up the rest of the fruit. That is why it is not uncommon to see folks having iPhones along with iPads, iPods, Macs. I mean can you blame them?

Am I a fan boy? Most definetly no. I just think IPhones are beautiful, and there is nothing wrong in having a bite of the apple

There is a huge chance that you started yawning as soon as you saw the above picture. Trust me you are not abnormal you just caught a yawn. I was talking with my sister a few minutes ago and half way into our conversation, I noticed she was yawning, almost immediately I found myself yawning as well. For as long as I can remember one concept that has intrigued me the most is Contagious Yawning. How is it possible that I start yawning as soon as I see another person yawning (even if its just a picture of someone yawning)? My explanation for this phenomenon for several years has been- Coincidence. But then as you get older you tend to question some of the things you believe. If contagious yawning was mere coincidence, how come it occurs so often? For an event to be a coincidence needless to say, it should be somewhat rare and uncommon.

Just so we are clear, yawning is not a process we get rid of excess carbon dioxide in our body. It is a beautiful mechanism of inhaling and exhaling simultaneously through the mouth which opens involuntarily during the action. I think It’s a smart way the body distracts itself when tired, before sleeping, or when bored (the good-old-fashioned explanation for yawning). I say this because when yawning we stop thinking for a few seconds until the yawning is over (this might explain why we lose our train of thoughts after yawning).

Well, understanding the concept of yawning doesn’t totally explain why contagious yawning occurs in the first place . I mean yawning is not something you plan (I’m not talking about fake yawning), it is something that just occurs unconsciously. So is it possible that someone other than myself can signal to me that it is time for me to yawn? I know your answer is yes to that question, but do you know why?

I did my homework and guess what I found out? I discovered that the yawn reflex is indeed contagious. Platek and Colleagues in 2003 carried out a study and discovered that individuals who showed higher levels of empathy and self awareness tended to yawn when others did. As individuals we tend to unconsciously copy actions and mirror the mannerisms of others without even knowing it; contagious yawning is a perfect example of how this works. For those individuals who lack empathy and self awareness however, (like schizophrenics and infants) they are unaffected by contagious yawning.

Where does this leave us? Well, one thing is for sure. Contagious Yawning is obviously not a coincidence and we definitely have no way of controlling it… at least not yet. 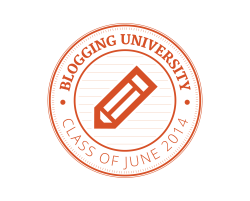